Our mission is to reach young men and women in the cowboy culture with the message of God’s saving grace, that He sent His Son to pay the penalty for our sins and was nailed to the cross and rose again on the third day to restore man from his sin and be adopted by his heavenly Father. We want to give every young man and woman an opportunity to receive sound Biblical teaching and excellent rodeo instruction.

About our Board of Directors 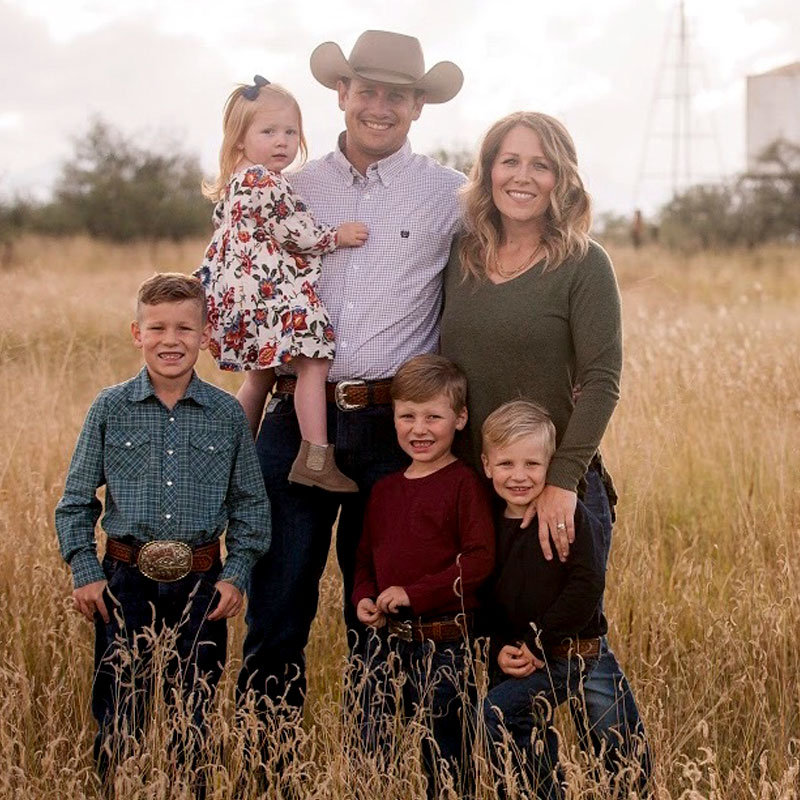 Nick Robbs grew up in southern Arizona where his family was involved with both ranching and farming. They were also deeply involved in their local churches, and this had a significant impact on his life. When he grew older, he attended and later became the Male Staff Director of Worldview Academy, a national, Christian leadership camp. He went on to earn his bachelors degree in Animal Sciences from the University of Arizona where he met his beautiful wife, Heather. They, along with their four children, Tucker, Colton, Wyatt and Ellie, attend Canelo Cowboy Church where Nick is a deacon. He has to train other Christians on how to live out their faith within their western lifestyle. 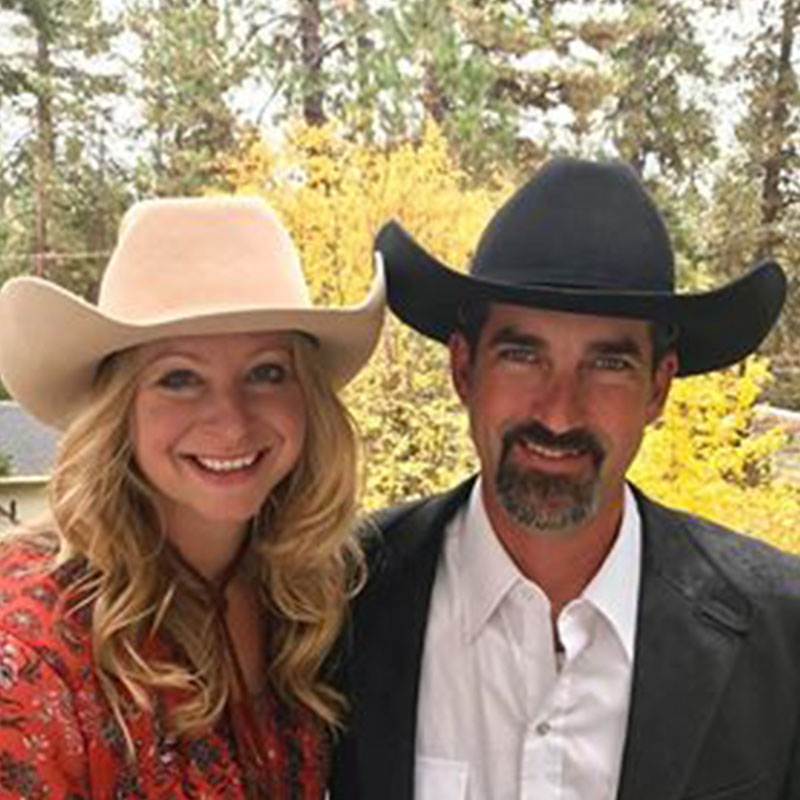 Dennis Piovesan was born on an island called Papua New Guinea as a missionary kid. In 1996, Dennis went to Thaddeus Stevens College of Technology where he got his associate degree in small business management and carpentry. In 2002 he went to the Word of Life Bible School and received his associate’s degree in theology. This is also where he learned a lot about the camp ministry and fell in love with the idea of making an environment where kids of all ages, race, and background can hear and see the love that God has for them. Dennis is married to his beautiful wife, Juli. Their hope and dream is that CCMA Rodeo Bible Camp will continue to utilize the tool of camp ministry to change lives by teaching young people about the hope we have through our Savior and Lord Jesus Christ. 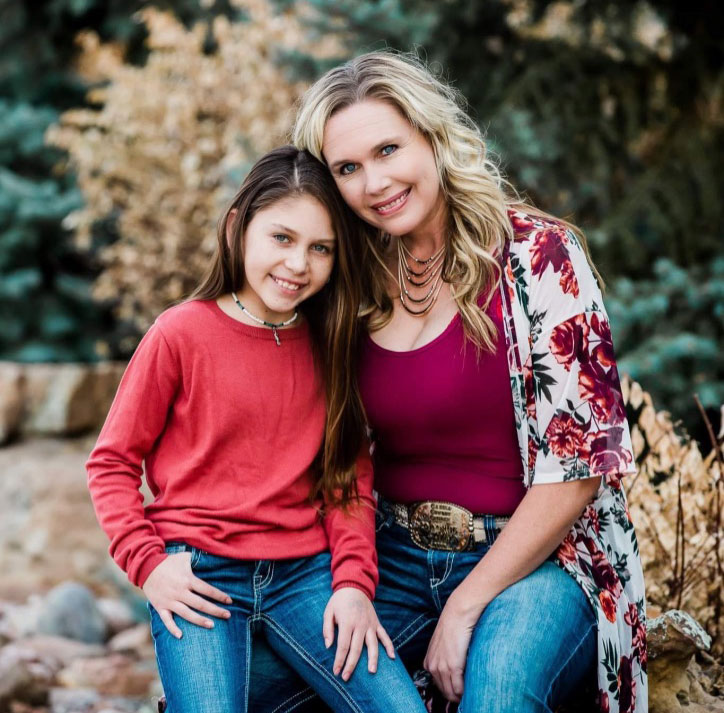 Dawn Eddy was born and raised on a small family-owned farm, ranch, and feedlot outside of La Junta, CO. From a very young age, she learned to ride and and grew up helping on the ranch and feedlot. In high school, she played multiple sports as well as rodeoed. She gave her life to Christ as a young child – but she knew she wasn’t living the life the Lord had called her to until she lost her thumb in a roping accident when she was 27. Shortly after the accident, she turned her life back over to Christ. As time passed, she realized God was calling her to youth ministry and started coaching both high school volleyball and basketball sports. Four years ago, she felt a calling for the need of a rodeo bible camp in the Southern Arizona and began building an amazing team of people that would help fulfill this dream.

Currently, Dawn and her youngest daughter () live in La Junta, CO. She is blessed to work for a virtual Christian marketing company as the Graphic Designer, and specializes in event coordinating. Dawn is passionate about youth and rodeo and loves that the CCMA Rodeo Bible Camp brings the two of those passions together. 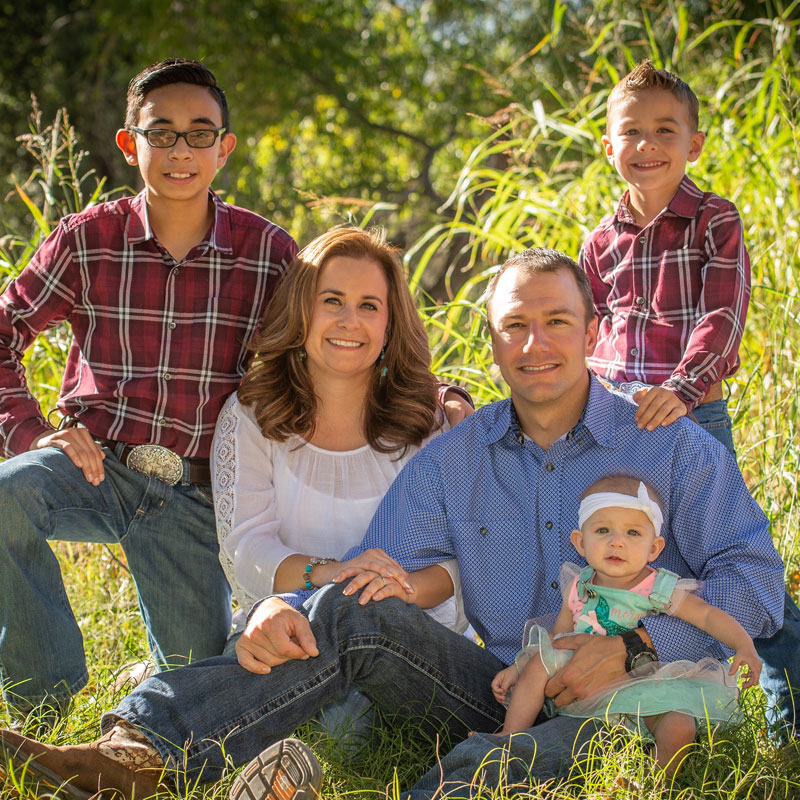 April Russell was born in Nogales, AZ and raised by her mother in Tucson, AZ.  Growing up in a single parent home, April quickly learned the importance of hard work and perseverance watching her mother work two jobs just to make ends meet.  This inspired April to become a person of high integrity and strive to do her very best in all aspects of life. April graduated from high school in 1998 and later graduated from The University of Phoenix with a bachelors in Criminal Justice. She married her husband John and they both discovered the challenges that a young marriage can face. They were introduced to Canelo Cowboy Church and immediately felt this is what was missing from their lives. April developed a relationship with God and was saved in April 2017. Since accepting God in her life, He has completely transformed her and brought her to the CCMA Rodeo Bible Camp ministry. She volunteered for the first two years and is now a member of the board. She has a passion for kids, rodeo, and sharing the good news of our Lord Jesus Christ.  John and April currently reside in Vail, AZ with their three kids, two horses two dogs. 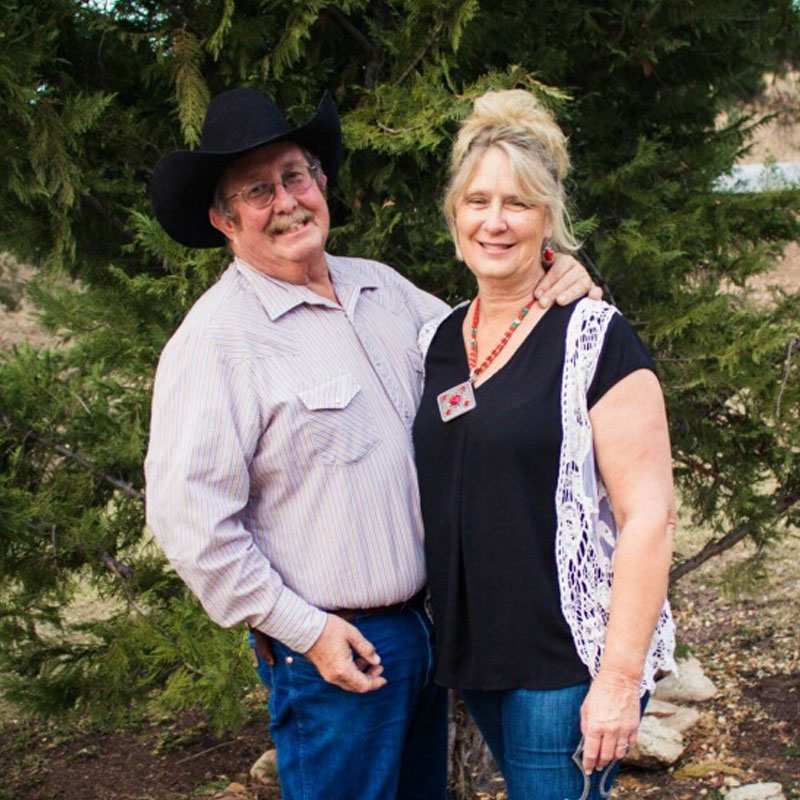 Steve Lindsey was born in 1958 in the small town of Patagonia, AZ and was raised on a cattle ranch in Canelo, AZ. At the age of 6, Steve gave his heart to Jesus Christ and was baptized at Sonoita Bible Church in Sonoita, AZ. Steve attended high school in Patagonia, AZ graduating in 1976.

In 1979 Steve met his wife Naomi and after a 2-week engagement they were married November 2nd of that same year. Steve and Naomi lived in Benson for 15 years where they were blessed with 7 children.

In 1994 Steve and Naomi moved back to the family ranch where they were blessed with 2 more boys to add to the mix. So, now with 5 boys and 4 girls, they made a life together. God has always been a focus of this family’s life and His church and the church family were always important to the Lindsey’s.

God called Steve to preach in 2003 but, not wanting to get ahead of God, Steve sought the Lord intently before moving ahead. Jesus told us to preach the Gospel to every culture and Steve did not feel that his culture, the working cowboy, was being reached by the church, so in 2006 he and a team planted The Canelo Cowboy Church. They held the first service on April 16, 2006 in an 800 square foot one room school house on the family ranch in Canelo.

Steve’s vision of a Rodeo Bible Camp began in 2010 when he, with the help of Dennis Piovesan and his wife Juli, along with an army of other volunteers, held the first camp. The camp was a great success but quickly ran out of steam until this wonderful board resurrected the idea and we have what we have today. “How good and pleasant it is when God’s people live together in unity!” Psalms 133:1